Through Pubby/Amazon, I reviewed this novella. Very original. I see where you provide professional reviews? Check out my website at Oldmanwrite.com. My novels are satirical dramedies. Just thought I would make contact and ask. 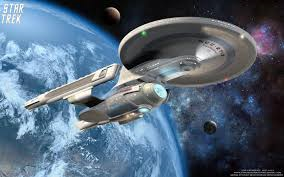 On Netflix, I’ve been watching the first Star Trek series from 1966-69. I hadn’t viewed many episodes when I was a teenager. Our antenna ears television reception wasn’t exactly Star Date 2525. Now, fifty years later, this 21st century old man observes how our perspectives have changed and remained the same.

Diversity wasn’t “in” back then.

Supposedly, the series was “ground-breaking” by having a black woman (Uhura) in a prominent role on the show. But folks of color, black or brown, were few and far between. Heck, even Sulu, the only Asian-American, didn’t appear on many shows.

Every time Captain Kirk beamed down security guards to another planet, they were always Caucasian. Generally, these guys were killed off. “Lost another crew member,” Kirk would moan. I doubt they were paid much, but still. . .Affirmative Action and Equal Employment Opportunity weren’t in vogue with the Federation’s Human Resource Department.

The Me-Too Movement would’ve had a field day.

Women? Each show boasted the most beautiful women in the world in skimpier and skimpier outfits. Female crew members wore tops which barely covered their behinds. Whether friend or more commonly foes, alien women filled the galaxy with lustful costumes, stacked bosoms, and sex-starved antics. More alien women fell “in love” with Kirk than James Bond in his heyday.

The Captain loved the Enterprise more than any one woman, but he portrayed the quintessential, heterosexual macho man to the hilt. No LGBT hints with any characters. Sexual orientation was one-sided.

Often, the thematic struggle was whether the logical reasoning espoused by the Vulcan Mr. Spock would win out over the emotional, argumentative counterpoints of Dr. “Bones” McCoy.
Spock based decisions and calculating future outcomes on empirical facts; Bones argued back with concepts and values of love, hate, friendship, sacrifice, and survival no matter the mathematical odds.

In today’s world, we throw facts aside without remorse. There are so many numbers in our solar system, we really can’t trust any one of them. We fall back on values and our personal, emotion-driven experience. Can’t trust the data provided by the news or fake news; can’t trust the commentators fired over sexual harassment allegations; can’t trust the written word, tweeted every few seconds. (Was there any life before Twitter).

Logic? Probabilities? We pay attention when meteorologists prognosticate when and where a hurricane will hit. Any gambler on any given Sunday will listen to the experts’ point spreads. We poll Americans daily on who they’ll vote for and what are their vices and virtues. We digest the data we’re fed—but make our final decision on our feelings under-pinned by our values.
In conclusion, I didn’t miss much by not watching Star Trek when I was “growing up.” (My favorite show was Get Smart, but that’s another article). Viewing each episode now, however flawed, has taught me that we sure live on an imperfect planet, but the Enterprise never visited a perfect one. Capt. Kirk and his human crew were always showing others a better way to exist and make progress.

I think there is hope (illogical) for us in this crazy (emotional) world. The other day, I sat in a booth behind a man dressed in a jacket, shirt and tie. He’d brought a homeless man in and bought him lunch. An act of kindness and an old TV show connected a couple of dots for me.

We, as humans, can do this. We can turn this ship around, maybe not at warp speed like the starship, but with the velocity of virtuous values, fueled with intersubjectively verifiable facts.
To paraphrase the Star Trek introduction, we can boldly go where many others have gone before. 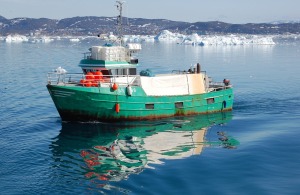 Purchase Greenland? Why not? For once in our partisan lives, let’s not dismiss the idea without evaluation. Notwithstanding six bankruptcies, Mr. Trump is the greatest real estate developer -President of the United States in human history (in his opinion). After not quite draining the swamp, he’s thinking “outside the box,” looking toward the future. We should not disparage his efforts without further inspection.
Mr. Trump is a solid student of American History. The liberal New England media and Federalists criticized Thomas Jefferson for the 1803 Louisiana Purchase for $15 million, peacefully getting us 827,000 miles. If “minimalist government” President Jefferson had been an ideologue, and backed down to critics, the United States would never have had Mark Twain, New Orleans Jazz, or the St. Louis Cardinals. A tough purchase to top, Mr. Trump should be allowed to make offers.
Let’s also remember the 1853 Gadsden Purchase by President Franklin Pierce for $10 million, gaining us 29, 000 square miles. The USA had already beaten Mexico in war, so we could’ve taken the territory without payment. But no, to settle border issues, we gave our southern neighbors money without a qualified appraisal being undertaken. Putting up a wall to bar illegal entries is but a continuation of our commitment to this land area.
Can’t forget the 1867 Alaskan Purchase from Russia for $7.2 million, getting us 586,000 square miles. President Andrew Johnson, later impeached by the House of Representatives, was the “broker-in-charge” in this deal which the U.S. Congress did approve. Is there a pattern developing here?
Back to Greenland. If we possessed this land, Mr. Trump wouldn’t allow any more photos of melting glaciers; we could mine the daylights out of its mineral resources without any EPA restrictions; and we could locate our nuclear warheads closer to Russia, thereby assuring greater instability in the Western Hemisphere, while saving on fuel costs.
I can’t understand the name calling and bad words between Denmark and our President, nor our leader’s cancelling his trip. He must be ill. He never backed down from any ol’ idea that had popped into his head.
I will throw out to Mr. Trump that he shouldn’t give up the acquisition of other countries and territories through peaceful negotiation and purchase. Why not consider making an offer for El Salvador, Honduras, and/or Guatemala? These countries we could acquire “on the cheap”. Once bought, we could re-build the country (ies) with good, old fashioned capitalism and reparations? The flood of human beings seeking asylum into the USA would be quashed. No reason to cross the border any longer.
A billion dollars here and a billion dollars there, and the root causes of all those seeking refuge in our country would be eliminated. No more nasty Democrat Party criticism. Heck, the Democrats should be in favor of this strategy; they enjoy spending money on the poor and downtrodden.
In conclusion, to paraphrase the late Robert F. Kennedy, some folks see things as they are and ask why, Mr. Trumps sees things as he only he sees them and asks how much?

where ever there was, but finally I got here. Again welcome.